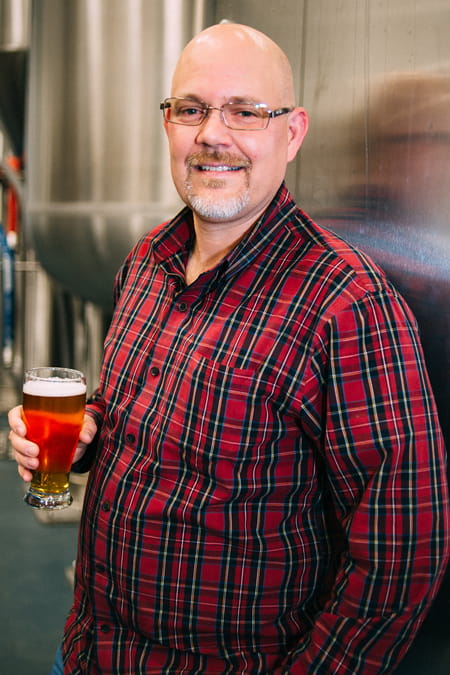 Mike will tell you that he has a great passion for financial planning, but if he was to pursue another career, he would choose the very noble craft of brewing beer. In fact, in his free time, he already enjoys tinkering with his own home brews.

“As you make more beer, you come to appreciate all styles. I do like a good California IPA, a Saison (the yeast is fun to work with) and a good Imperial Stout. I have several kinds of beer going right now, including an extra pale ale and a chocolate cherry porter,” say Mike.

By day, he applies his more than 17 years of financial industry experience to serving craft brewery business owners and their team members who want the clarity and confidence that sound financial planning and retirement planning can bring.

As a Chartered Retirement Plans SpecialistSM, Mike has specialized expertise in creating, implementing and maintaining retirement plans for clients, including the California Craft Brewers Association and craft breweries throughout California – and someday soon, breweries in other states.

“When we talk to the brewery owners about the details of their company retirement plan, we also tell them we can also help them have a financial plan for their personal life as well – and offer the same for their associates,” Mike says.

Mike is a co-founder of the Women’s Education & Leadership League, a nonprofit committed to enriching financial, physical and emotional wellness for women. He is a member of Big Valley Grace Community Church and the Escalon Masonic Lodge, where he has held multiple offices.

Mike was born in Reno, Nevada, raised in San Francisco, and now lives in Modesto with his wife, Irma. They have three children, Kevin, Stephanie and Christa. “Family is important to me. In fact, people are surprised to learn that I am in my 40s and already a grandfather. I always try to pass on the values my mother taught me: Respect others; being polite will always come back to you.”

Mike’s uncle helped invent the classic video game Pong, so Mike has been an avid fan of video games ever since he was old enough to press the buttons. Mike runs half marathons, to which he says, “You burn a lot of carbs when you run, and beer has carbs, so I guess you can say I run on beer.”