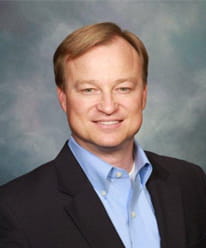 Chuck Lanford, CFP®, Wealth Management Advisor & Portfolio Manager joined the financial services industry in October 1996 becoming licensed in securities and insurance with Dean Witter Reynolds & Co. After an initial training period at Two World Trade Center in 1997, Chuck began providing investment advice designed to help clients manage their wealth. Today, He focuses on client relationships, investment management and comprehensive financial planning. The 1987 stock market crash sparked Chuck’s interest in the economy and financial markets during in his junior year of high school, and that interest has continued throughout his more than 23 years in the financial services industry.

After graduating and earning a bachelor’s degree in civil engineering from Auburn University, Chuck was commissioned a Regular Army 2nd Lieutenant. During his first assignment, Chuck met and became friends with another officer and future mentor who suggested he might have a talent for and enjoy working in the investment advisory business. Upon leaving the active duty military, Chuck moved to Atlanta and began building his business from scratch. Chuck served in various positions and duty stations for 29 years and retired in 2017 as a Major in the Army Reserves; he was called to active duty from 2001 to 2003 in support of Operations Noble Eagle, Enduring Freedom and Iraqi Freedom.

In 2005, Chuck’s career began to flourish as he adopted a more comprehensive values‐based financial planning and investment advisory process designed to help individuals and families achieve their most important goals and fulfill their most deeply held values. This experience has allowed Chuck to more fully understand and appreciate what his clients’ want to accomplish financially and in life itself.

Chuck earned the CERTIFIED FINANCIAL PLANNER™ certification from Boston University’s College of Financial Planning in 2013 after completing a stringent 18 month process of education, examination, experience and board approval for certification in financial planning.

He considers aligning with Raymond James in 2003 one of his top three professional decisions. The other two are moving to Atlanta to build a business and adopting his values based financial planning approach.

Chuck is a native Georgian, born in Atlanta. He grew up near Auburn, Alabama, before moving to the Atlanta area to build his career. He now calls John’s Creek home, where he and his wife, Laura, are raising their three teenage sons. Aside from his career, Chuck’s passions in life are his faith, spending time with family and friends, being outdoors and supporting his Auburn Tigers.