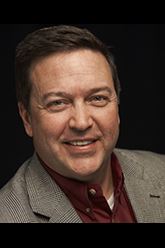 Mr. Dietz was appointed by Governor Greg Abbott as Chairman of the Texas State Affordable Housing Corporation Board of Directors. He is Assistant Scoutmaster for Boy Scouts of America Troop 308 of Waco, and has been awarded both the Unit Leader Award of Merit and the District Award of Merit in recognition of his commitment to youth in the Boy Scouts of America, having also completed Scouting’s premier leadership training course, Wood Badge. He has served as District Chairman for the Boy Scouts of America Heart O’ Texas District, and serves on the Board of Directors of Ft. Worth’s Amphibian Stage, the Waco Civic Theatre, and the McLennan Community College Foundation. A member of the Rotary Club of Waco and Mensa International, Mr. Dietz enjoys backpacking, running, music, theater, reading, and spending time with his family, wife Elizabeth and sons Liam and Alex. He is slowly completing his adventure bucket list, hiking the Inca Trail to Machu Picchu in 2012, scuba diving with sharks in Bora Bora in 2014, jumping out of a perfectly good airplane in 2016, trekking across a glacier in Canada’s Columbia Ice Field in 2017, completing the 2017 New York City Marathon, climbing Mt. Kilimanjaro with his two sons in 2019, and participating in a Montana cattle drive on horseback in 2020. The Dietz family attends St. Paul’s Episcopal Church in Waco, where Bill serves as a Lay Eucharistic Minister.