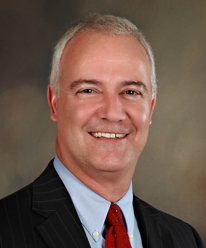 Brian Fitzpatrick is the President of Fitzpatrick Financial Services in Oskaloosa, Iowa. He hallmarks more than 37 years of experience, including personal financial services, agriculture and commercial bank lending, and city and federal government finance.

In 2003, Brian began as a Financial Advisor with another firm. In order to expand the level of financial service offerings for his clients and more fully utilize his expertise, he chose to become an independent financial advisor with Raymond James and has been extremely pleased with this decision and career move.