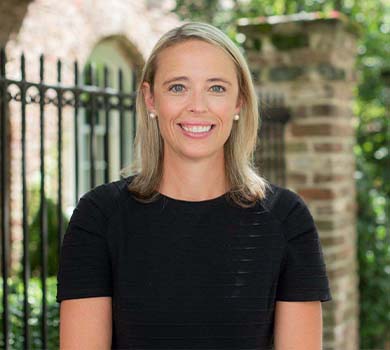 Always interested in the financial services industry, Cowles knew early in her life that she would work in the field and follow in her father’s footsteps. She joined Morgan Keegan in 2006 as a registered sales assistant and joined Raymond James in 2013. She assists clients with day to day operational and administrative matters for their accounts and is dedicated to providing a consistently high level of service.

Cowles earned a bachelor’s degree from Wofford College in Spartanburg, South Carolina. She is originally from Charleston, South Carolina, Cowles lives on Daniel Island with her husband, Josh, their daughter, Sara Cannon, twins, Paul and Evans and two golden retrievers. In her free time, Cowles enjoys spending time with her family and supporting the Wofford Terriers.