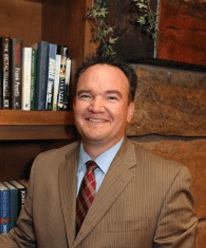 During 1994 Jason had the experience of working for one of the largest domestic banks. During that service, he found that many of the people who called the bank usually did so under financial distress. It was during that time that he decided he wanted to help people avoid that same distress. That meant helping people make sound decisions based on their financial goals.

Since 1997 Jason has provided financial knowledge, solutions and service to select businesses and families throughout the Southwest. He works with his clients to create personalized strategies designed to meet individual goals.

Jason was born and raised in the Southwest. He was born in Durango, CO and raised primarily in northwestern New Mexico. He attended Brigham Young University where he earned a bachelor’s degree in economics. He later earned his Master of Business Administration degree from Arizona State University.

Service is a big part of Jason’s life. He spent two years in Chile serving an LDS mission. While there he made lifelong friends, and was able to develop a greater appreciation for other cultures. His passion for the community and service still run strong today. He is the Vice President of the Litchfield Park Library Association and has served with them for more than 8 years. He also donates time and energy to the city of Surprise recreation organization as a coach. Jason makes his home in Surprise, AZ along with his wife of 20 years, Tasha, and children, Devan, Cayden, Avery and Abby. His interests outside of family, career and church include sports, coaching, travel and reading.