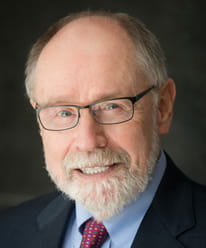 Thomas Edward McNellis’ family is heartbroken by his sudden death of natural causes May 22, 2020 at home in Tucson, AZ. He was 82.

Tom was born in St. Paul, MN, May 31,1937. He attended Cretin-Derham Hall High School, served in the Marine Corps, and attended The College of St. Thomas. In 1959, he married Rose Marie Cormican and had four daughters. In 1977, he married Roberta Mustee and helped raise her two daughters.

He was a loving, loyal, devoted, wise, generous husband and father.

Tom had an unbridled passion for photography, in which he excelled; Native American culture, as well as conversing with and mentoring others.

He began his career in the insurance business achieving Million Dollar Round Table status. He founded McNellis Corporation in 1971; his business grew into McNellis Financial Group, Ltd. in 1986 when he became one of the pioneers in the Financial Advisory Profession in Minnesota. In 2007, he joined with his son-in-law becoming McNellis and Asato. He semi-retired in 2014.

He served on the Edina Chamber of Commerce, was a longtime member of The Rotary Club of Edina, serving as the Club President from 1998 - 1999. As President, he introduced Joe Cavanaugh and his Kindness Program to the Edina schools, which later became Youth Frontiers. Tom championed the eradication of polio across the world. Roberta and Tom generously donated to the Rotary Polio Plus program.

Tom is also survived by brothers Jim and Mike (Jennifer) McNellis. He also leaves behind many nieces, nephews, and treasured friends.

Due to the coronavirus, memorial plans are pending. In lieu of flowers, memorials may be made to the following: Rotary Foundation of Rotary Int’l - Polio Plus, Franciscan Sisters of Little Falls MN, Cretin-Derham Hall, or your favorite charity.