***UPDATE: Money Smart Week 2016 was a huge success! Susan had over 35 people attend her event at the Lincoln Park Chicago Library. Thank you to all who came out to support the Federal Reserve Bank's National initiative to increase financial awareness regarding current issues in Social Security changes to the law. ****

Here were the most popular slides requested: 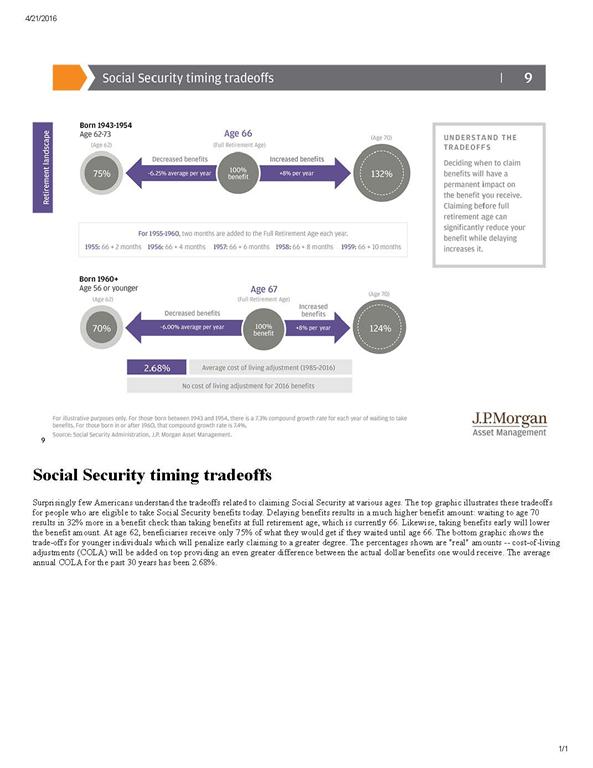 Maximizing Social Security benefits The age at which one claims Social Security greatly affects the amount of benefit received. Key claiming ages are 62, 66 and 70 as shown in the ro of ages in the middle of the slide. The top three graphs show the three most common ages an individual is likely to claim and the monthly benefit or she would receive at those ages. Claiming at the latest age (70) provides the highest monthly amount but delays receipt of the benefit for 8 year Claiming at Full Retirement Age ­ 66 or 62 years old provides lesser amounts at earlier ages. The gray shading between the bar charts represents t ages at which waiting until a later claim age results in greater cumulative benefits than the earlier age. This is called the breakeven age. The breakeven age between taking benefits at age 62 & 66 is age 75 and between 66 & 70 is 80. Not shown is the breakeven between 62 & 70 which is 78. Along the bottom of the page, the percentages show the probability that someone currently age 62 will reach the specified ages. Comparing these percentages against the breakeven ages will help a beneficiary make an informed decision of when to claim Social Security if maximizing th cumulative benefit is a primary goal.

Note that while the benefits shown are for a high­income earner who maxes out their Social Security taxes each year (income of $118,500 in 2016 the breakeven ages would hold true for those at other income levels. 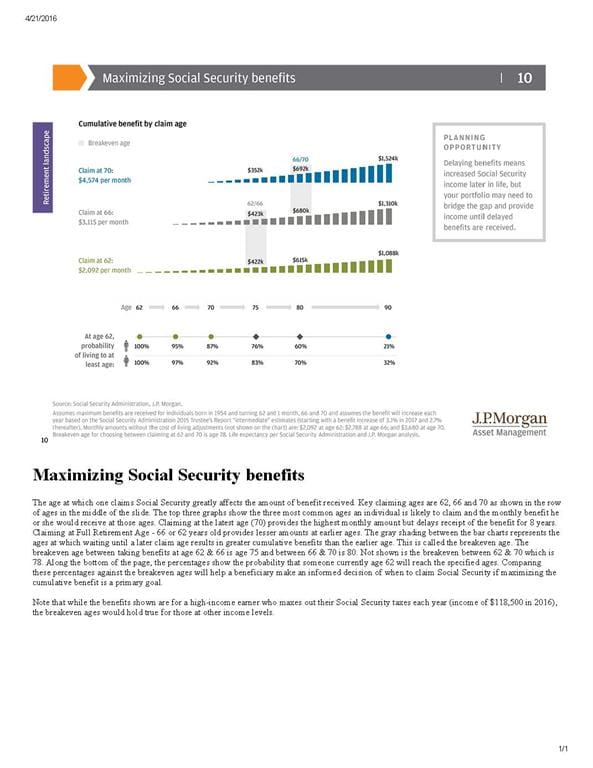