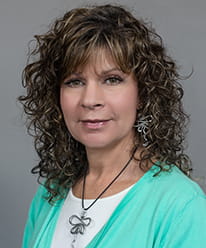 Jacque was the first member of the team to join Todd in 2001 and has been an integral part of the practice for almost two decades. Jacque is the Chief Operating Officer of the practice and holds a series 7 and series 66 license. Always eager to better herself and tackle the next challenge, Jacque is a wealth of knowledge on every aspect of the business. Jacque has become a cornerstone of our practice and continues to work hard to keep our practice running efficiently and our level of service high. Jacque is a lifetime resident of Fulton County, she resides in Harrisonville with her husband Ken. Jacque had two boys that were the center of her universe. Her oldest son Jordan passed away in 2016, but his presence is felt every day by Jacque and our close knit work family. Jacque’s younger son, Dr. Nicholas Hess, is currently in surgical residency at the University of Pittsburgh.