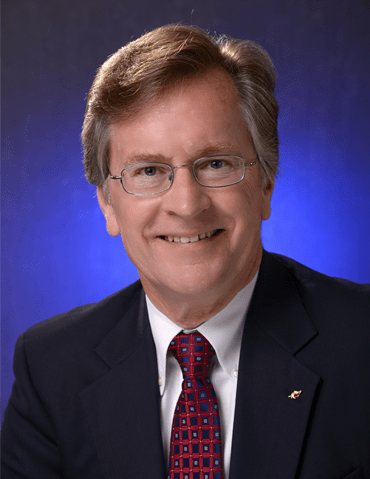 As a registered representative, Bill specializes in Personal, Educational, 401(k), IRA, Retirement and Family Financial planning. Depending upon the needs of his client, he offers strategic financial planning through the proper balance, allocation and diversification of equities, fixed income, and alternative investments. In addition, he helps his clients address the uncertainties that occur in life through the proper use of Long-Term Care and Life Insurance as well as Annuities. During his years in the financial services industry, Bill has helped his clients pursue their retirement goals through careful planning, extensive understanding, and a common sense approach to investing.

Bill is a member of the Raymond James Chairman’s Council,* 2015 – present, a privilege limited to a select few. The honor is awarded only to those financial advisors who have demonstrated the utmost in commitment to the precepts that define Raymond James – among these a dedication to independence, innovation, intelligence and integrity.

Before his career in the financial services industry, Bill was Vice President of a $50,000,000 music company based in Clearwater, FL. He earned his Bachelors of Science degrees in both Economics and Business from Defiance College in Defiance, Ohio. While attending college, he was a member of the Theta Xi Fraternity and was awarded the Order of The Silver Star, an award for outstanding community service. Bill has been an active member of the St. Petersburg Yacht Club for over thirty years, where he has served on numerous committees as well as serving on the Club's Board of Directors.

Bill also has earned his U.S. Coast Guard fifty-ton Masters License. He serves his community and works to increase business growth as a member of the Ambassador’s Council within the St. Petersburg Area Chamber of Commerce. Bill is an active Shriner with the Egypt Temple Shrine in Tampa. He has also been an active member of Ye Mystic Krewe of Neptune holding various positions since its inception in 1979.

Originally from Concord, New Hampshire, Bill has lived in St. Petersburg since 1975. He and his wife, Mary, who works with him at his Treasure Island Branch, have two sons, William and Christopher.

When away from the office, Bill enjoys boating, water and snow skiing and traveling. Through his love of music, he is a member of the musical group "16th Street Delivery" where the band most often plays 50s, 60s, and 70s music for charity events in the Tampa Bay area. His membership with the National Corvette Restorers Society & the Suncoast Corvette Association, Bill and his two sons enjoyed restoring a classic '67 Corvette, and now attend various parades and events with the restored Corvette.

*Membership is based mainly on assets under management, education, credentials and fiscal year production. Requalification is required annually. The ranking may not be representative of any one client's experience, is not an endorsement, and is not indicative of advisor's future performance. No fee is paid in exchange for this award/rating.