Skip to content
facebookenvelope
Feel free to reach out.
Prev Bio
Next Bio 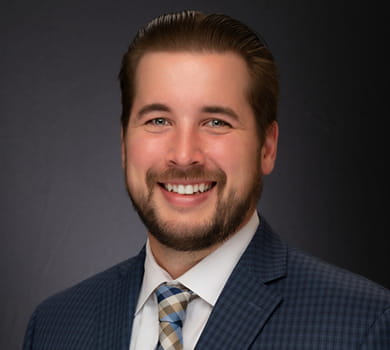 Perry joined Holcombe Wealth Management in January after completing his bachelor’s degree in Financial Planning from the University of Georgia. Perry’s journey to joining Tim began with his first love of the hockey rink. From an early age, Perry’s passion for the game of hockey took him all over the country playing for the top tier all southeast travel hockey program. When Perry turned 17, he accepted an opportunity to enroll at a college preparatory school in Kent, Connecticut. Perry credits his two years at Kent has a pinnacle moment in his academic and athletic progression, making friends and relationships that he still holds dear to him. After graduating from Kent in 2012, Perry continued his hockey career playing 2 years of semi-professional hockey in multiple cities from McAllen, Texas to Fargo, ND to Ronkonkoma, NY, but ultimately spending the majority of his time in one of his favorite cities Boston, MA. Unfortunately, multiple knee injuries hampered Perry’s career which ultimately led him home to become the 3rd generation to attend the University of Georgia and in the immortal words of Larry Munson, “To assume the reigns of their Georgia forbearers. To continue that tradition. Understanding that there is no tradition more worthy of envy. No institution worthy of such loyalty as The University of Georgia.”

Perry continued playing hockey at UGA where he won back-to-back SEC championships and achieving honors of all-SEC, all-Region, and the one he is most proud, being elected one of the captains for his senior season. Perry lives inside the Atlanta perimeter between Buckhead and Atlantic Station. Perry lives with his 6-year old lab-mix dog which he rescued his freshman year at UGA from the humane society. Any chance that he has you will find Perry working on his 2nd passion somewhere between the 1st or 18th hole of a golf course.

Perry had always known he wanted to be in the business of helping others. It began as a passion for history and wanting to become a history professor, then transforming into a passion for coaching, and after watching his father change people’s lives for 20 years his passion became wanting to be a Financial Advisor. Working alongside his role model, Perry is looking forward to becoming an integral part of Holcombe Wealth Management. Perry is currently securities registered with his Series 7, his Series 66 and working towards his CFP certification.

Prev Bio
Next Bio
Reach out to us

facebookenvelope
Raymond James financial advisors may only conduct business with residents of the states and/or jurisdictions for which they are properly registered. Therefore, a response to a request for information may be delayed. Please note that not all of the investments and services mentioned are available in every state. Investors outside of the United States are subject to securities and tax regulations within their applicable jurisdictions that are not addressed on this site. Contact our office for information and availability.