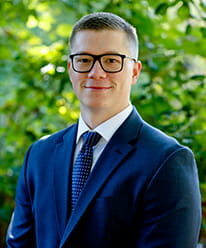 "To give anything less than your best is to sacrifice the gift." - Steve Prefontaine

These wise words serve as a motto that Keoni strives to embody both personally and professionally. Joining the financial industry in 2013, Keoni has dedicated himself to following his passion of making an impactful difference in the lives of all people he has the privilege to work with.

Keoni believes that wealth cannot simply be measured by dollars in a bank account, but rather the ability for one to live life on their own terms. With this belief, Keoni utilizes a client centered approach to financial planning, discovering what is most important to his clients. This serves as the foundation to developing a financial plan that not only address goals of today, but is flexible enough to adapt to life’s many transitions.

Keoni is a graduate of Portland State University with a Bachelor of Science in Business Administration. He completed the certificate program through Northwestern University School of Professional Studies and earned the coveted CERTIFIED FINANCIAL PLANNER™ certification. He currently holds the series 6, 7, 63, and 65 licenses.

Originally from Maui, Keoni now resides in the town of Sherwood with his wife Jordan, their son Rowen, and two dogs, Koa and Kai. Outside of the office, Keoni enjoys spending time with his family, exploring the beautiful Northwest, and volunteering in the community.