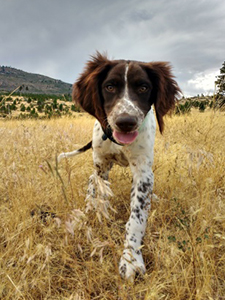 Ali, who was voted Nevada Family Wealth mascot, is a beautiful French Spaniel. She loves to chukar hunt with her dad, and snuggles with her mom during downtime. She also has a new job. Ali is Baby Lane's guard and protector! 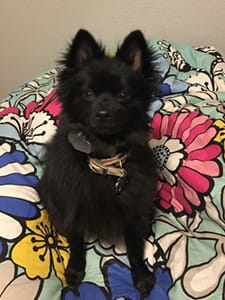 George is a feisty Pomeranian who loves riding in the car, barking at birds, and walking to his brother's elementary school. His birthday is October 1, and he loves his annual trip to PetSmart! He is a very loyal dog, but only listens to his mother and grandmother. 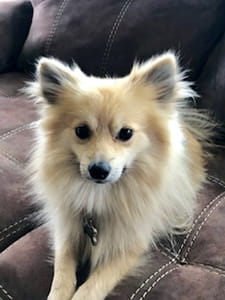 Bodhi, George’s brother, is also a Pomeranian who greets everyone with joy and excitement. He loves to play tug of war with his brother, and demands a walk every morning. He loves to cuddle with everyone by lying on his back next to them. He loves Dingo Bones, hiding under the bed, and reading magazines by shredding them. Bodhi is working on overcoming his car sickness because he loves new adventures! 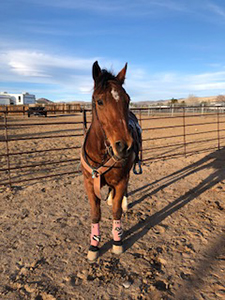 Our only horse is Peppy Pistol Annie. She is very loyal and loves eating, going for long rides, and hanging out with the family. 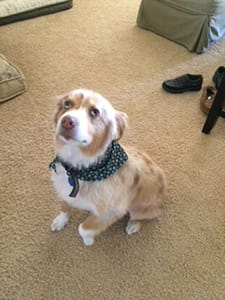 Spooky loves herding horses, and showing them who is boss. He also loves being around his family, and getting lots of treats and pets. 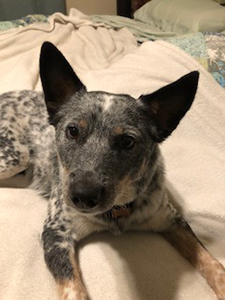 Meet Duke, who loves going on long walks and snuggling. He is the older brother to Zoe, and takes that role very seriously! 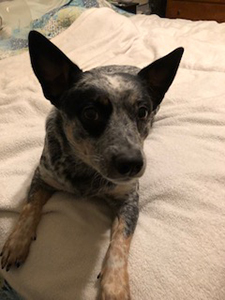 Zoe has the nickname of Tilly's Wild Zoe. She loves to play with anyone who is around. She insists the other dogs play with her whether they want to or not! 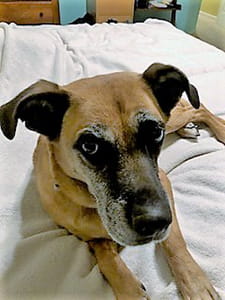 Honey loves to chase bunnies and run around the house. The bunnies aren't safe in the backyard.