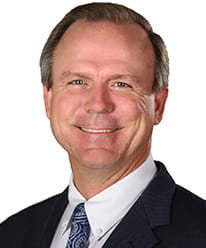 Patrick H. Yanke, CFP® sees himself as a problem solver. His business is entirely based on relationships with the people he serves and his best relationships come from solving problems for people. His business philosophy mirrors his personal philosophy... treating others as he himself wants to be treated. Not bound by the limits of geography in an age of technology, he has clients in every time zone.

Patrick is a graduate of the United States Air Force Academy (where he majored in Aeronautical Engineering with a minor in Arabic), an Air Force veteran, husband, and father of four. His wife, Grete, also a USAFA graduate, is homeschooling their children. In their free time, they can be found on the greenways around Raleigh.

His career in financial planning began with a phone call while he was still a cadet at the Academy. He was invited to consider A.G. Edwards & Sons, Inc as his follow-on career to military service. It wasn’t hard to envision... throughout his military tenure, he counseled his personnel on financial matters and money management. He joined A.G. Edwards in 2000 in Panama City, FL. After building a strong business in Florida, in 2005 Patrick elected to move his family to Raleigh to enjoy the climate, history, and culture of North Carolina.

Before its merger with Wachovia in 2007, A.G. Edwards was a truly unique firm with an earned reputation for its focus on values rather than valuations. This is where Patrick gained his foundation in the industry. Consultants were taught to concentrate on the needs of the client (rather than the needs of the firm). They were to seek to do the right thing, not the profitable thing. He carries these traditions forward in an office that bears his name. What matters most are the people and families he serves. As an independent advisor through Raymond James Financial Services, Inc, he has found a good partner to carry on that tradition of service.

People make better decisions with better information. That is the philosophy behind his newsletters and speaking programs. He is often asked to present on financial topics ranging from Saving for the Cost of Higher Education to Retirement and Estate Planning. A teacher at heart, he enjoys these opportunities. Quarterly, he presents the “Capital Markets Review” keeping his clients and guests informed on current events related to their financial futures.