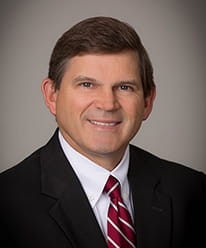 DUDLEY M. BARNES, graduated from Mississippi State University where he obtained his Bachelor of Business Administration degree in 1970. After graduation, he joined New England Life Insurance Company where he was involved in financial planning. He later joined Paine, Webber, a New York Stock Exchange Member Firm, as a Registered Representative and in 1974 moved to Clarksdale, Mississippi, to join the investment firm of Howard Weil, Labouisse, Friedrichs, Inc. Prior to the formation of Barnes-Pettey Financial Advisors, he was associated with the Edgeworth Advisory Corporation, a Mississippi based financial planning group.

Dudley was awarded the CFP® certification in 1981 and he was awarded the Investment Management Consultant designation by Raymond James in 2005. He is a current member of the Financial Planning Association, is a charter member of the National Association of Christian Financial Planners, a current member of Kingdom Advisors, and is a Paul Harris Fellow in the Rotary Club. Dudley held the CFP® designation from 1980 until 2020 and voluntarily relinquished this designation.

Dudley is married to Claire and they have two children, Ryan and Brook, who are both in business with him, and six grandchildren, Lily Grace, Hastings and Paxton Barnes, Mac, Bowen and Lane Hodges. He enjoys traveling, playing golf and tennis, and is a boating enthusiast.