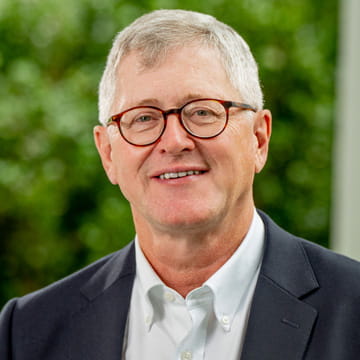 Eddy has North Georgia in his DNA.  Born and raised in Habersham County, Eddy graduated from Piedmont College with a degree in History before moving to Athens and earning his MBA from the Terry College of Business at the University of Georgia. As a teenager he spent many weekends and summer vacations working in the family business, which is now in its’ 3rd generation of ownership.

Eddy has spent the entirety of his career in finance and helping people. Before becoming a Financial Advisor in 2010, Eddy had a distinguished 27-year career in the banking industry   and has been on the Piedmont College Board of Directors since 1990.

After having raised two daughters, Eddy and his wife Alice continue to live in Clarkesville.  Many of his weekends he can be found hiking some of the local trails in his beloved North Georgia Mountains or attending UGA sporting events.