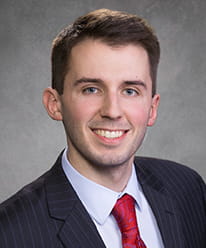 Before joining ClearTrack Financial Advisors in 2017, Eric worked at Wintrust Financial Corporation where he served as an Account Administrator. While at Wintrust, Eric focused heavily on ensuring that all client needs were met to the highest standard.

Eric is a graduate of Lewis University where he earned his bachelor in Finance and Economics. He has obtained both the Series 7 and Series 66 licenses.

Eric has been an avid golfer since he was three years old and was fortunate enough to play collegiate golf at Lewis University. Eric currently resides in Downers Grove, Illinois. Aside from being out on the golf course, Eric enjoys playing basketball, baseball and hockey.