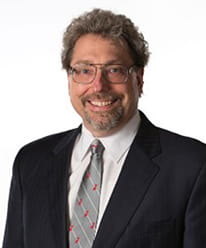 Barton chose to join Raymond James and Associates in 2005 for two major reasons. The firm shares his dedication to client service - which has been ranked as one of the best in the country, and their dedication to community support and corporate philanthropy. Prior to joining them he had 2 decades of experience, first with Prudential Securities, then A.G. Edwards through 2005.

A graduate of Middle Tennessee State University in Murfreesboro, Barton earned his CFP® certification from the College for Financial Planning in Denver, Colorado. He is actively involved in the financial planning community, member of the Chattanooga Estate Planning Council, and prior board member and President.

Barton’s professional recognitions within the company include being a member of the Chairman’s Council of Raymond James and Associates in 2015 and the Raymond James Private Client Group Executive Council in 2016 through current. He serves on an advisory panel to the Retirement Solutions Department of the Financial Planning since 2006.

As a native, and longtime resident of Signal Mountain, Tennessee he and his wife, Cindy are an integral part of the community. He has participated in a number of local organizations including the Baylor School Planned Giving Council, the Planned Giving Council of the Alexian Foundation, the local Lion’s Club and the Boy Scouts. An antique car enthusiast, he is vice president of the local chapter of the Horseless Carriage Club as well as a life member of the national organization and a life member of the Antique Automobile Club of America, the Buick Club of America and past member of the Society of Automotive Historians.

Membership in Chairman’s and Executive Council is based mainly on assets under management, education, credentials and fiscal year production. Re-qualification is required annually. Prior membership is no assurance of future membership.