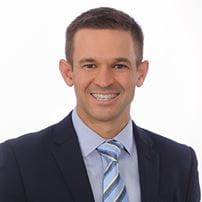 Brian Smith has recently joined Raymond James after seven years in the public accounting profession. As a CPA and Financial Advisor with Raymond James Financial Services, he looks forward to helping clients with their financial planning and investment management needs, with the goal of long-term financial independence.

He began his professional career at Ernst & Young in San Antonio and Houston, working in the Audit and Assurance practice for both private and public companies. This was valuable experience in financial statement preparation and analysis. After leaving Ernst & Young, Brian returned to Corpus Christi and joined Whittington & Hubbard, PC, a well-respected local firm where he worked as a tax preparer and planner.

Prior to the start of his professional career, Brian graduated from St. Edward's University in Austin, Texas. During his time at St. Edward's, he was a member of the men's golf team, where he earned Academic All-American honors. Additionally, he helped lead the team to an NCAA Regional Championship and NCAA National Championship appearance in 2014.

Active in the community, Brian is a member of the Rotary Club of Corpus Christi. Additionally, he serves on the school board for Incarnate Word Academy, and is a committee member on the Golf & Grounds Committee at Corpus Christi Country Club.

A Corpus Christi native, Brian lives in Corpus Christi with his wife, Rhonnie, and their son, Warren. In his free time, he enjoys golf, fishing, hunting, and spending time with his family.

*This is not a service offered through Raymond James

Corpus Christi’s bayfront gazebos, miradores del mar (Spanish for “overlooks by the sea”), are based on structures in Morocco, Mexico and Spain. That’s something to see during your world travels.