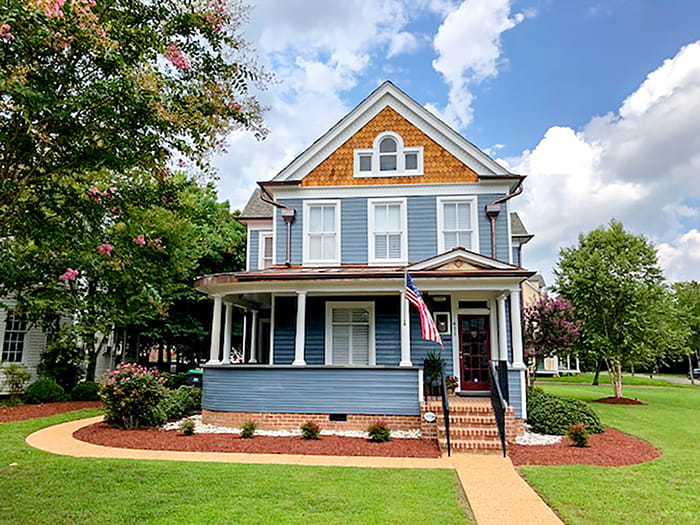 The story below was chronicled by the local news organization, WY Daily, October 2018.

Like many older homes near Colonial Williamsburg, the blue, two-story, Queen Anne-style Victorian home at 411 Scotland St. has an interesting history.

For starters, that’s not where the home was originally built. Built in 1907 by the Lawson family, the home was actually located a few lots down the street and around the corner.

For decades it housed Lawson family members, earning it the name “Lawson House.”

Eventually, it was bought by Colonial Williamsburg and rented out. Then in the early 2000s, a promising new business project needed extra acreage for development so the home was relocated to where it is now.

In its newest form, the house is no longer a home to a family, but instead to a boutique wealth management practice called Legacy Financial Group.

Scott Mowry, one of the practice’s founders, bought the property in 2010 and relocated the thriving business there. Inside, you won’t find bedrooms or dining rooms but conference rooms and comfortable, modern office spaces.

“For us, we wanted a certain feel and homeyness,” Mowry said. “When talking about their finances, people can get intimidated, so we thought this type of environment has to be better than a sterile one.”

While much of the interior of the 1,900-square-foot house had been updated by a previous owner, Mowry recently completed a major renovation that included exterior paint, an addition to the second floor, new wood flooring, new gas lanterns and signage, and the replacement of an aging tin roof with a copper upgrade.

Mowry, a history enthusiast, worked with the City of Williamsburg and Colonial Williamsburg to make sure the home’s architectural and historical significance was maintained. “We put a lot of thought and effort into preserving what it should be,” he said.

Not only does the Lawson House have a history, but the lot it sits on does as well. 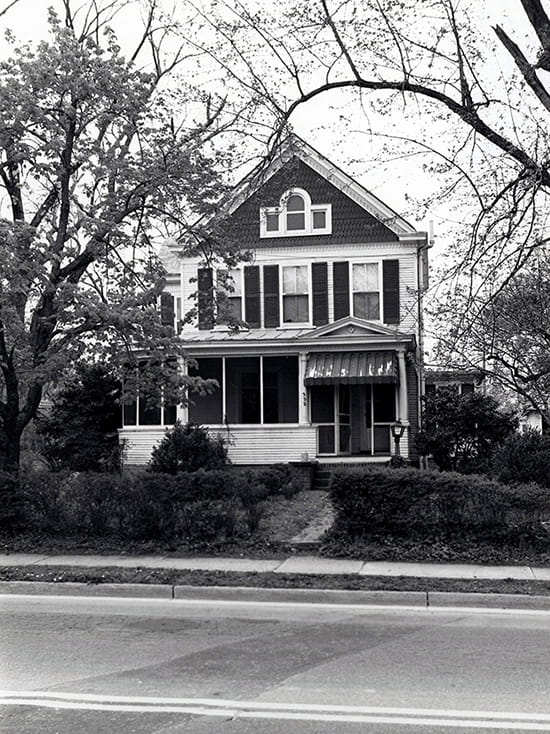 According to Colonial Williamsburg’s digital library, in 1911 a member of the O’Keeffe family (as in preeminent female painter Georgia O’Keeffe) built a large, concrete block-style abode known as the Ugly Pearl Jones House. The family had invested in a new type of building style using rusticated cast concrete block and are said to have used the home as a “show place” of sorts. The blocks never gained traction, however, and the family abandoned the project and the home was left to sit for a while.

But that’s not all.

Anyone older than 60 who grew up in Williamsburg will likely remember that in the early 1960s the home was rented by a man with a pet lion. According to accounts, the pet lion was well known in the community and would accompany its owner during car rides around town. Unfortunately, the lion is said to have gotten loose and was ultimately cornered.

Sometime later Colonial Williamsburg bought the property and had the eyesore taken down. All of this information was captured on a sign Mowry had made for the Lawson House. “When I purchased it, I wanted to keep the name of the house and find a way to preserve its interesting history,” he said.

There are two things that make a home timeless: a sense of history and a piece of the future.
Charlotte Moss
facebooklinkedinenvelope

The future at your fingertips