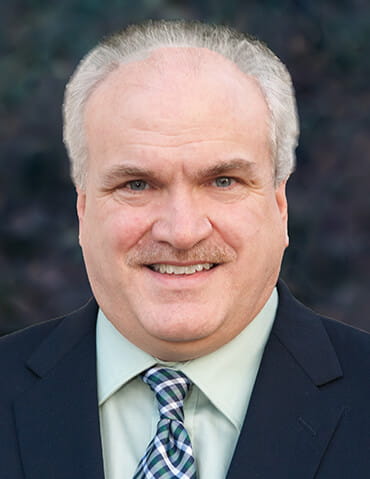 Jeff is a Certified Financial Planner™ professional with more than 37 years of experience in banking, securities and insurance. He is a member of the Financial Planning Association and the Financial Services Institute, and has achieved membership in the Raymond James Financial Services Leaders Council1. In 1999, Central Penn Business Journal also recognized Jeff as one of the region’s “Top Forty under 40” local business leaders2 and in 2013, Jeff was highlighted in the same publication’s “Behind the List” feature.

A graduate of York College of Pennsylvania, Jeff has worked with Raymond James Financial Services since 1993 and has served as manager of the RJFS York branch since 1997. Prior to his service with Raymond James, Jeff built his career in the banking and securities sectors. Jeff is licensed to sell health, life and long-term care insurance and annuities. He holds Series 7, 65, 63, 24 and 51 securities licenses and is registered in 25 states in the U.S. and maintains client relationships in four continents. He is also a notary public3.

Since age 17, Jeff has been actively involved in community service. He is a long-time Junior Achievement volunteer, teaching business skills to 8th- and 12th-grade students. He also volunteered as a member of the Board of Trustees of the Christian School of York from 1997 to 2018. He has served as campaign chairman for many local officeholders. In 1991, he was elected as a member of the Board of Auditors for Springettsbury Township and continues to serve in that capacity. In 2016, Jeff was named by the York Daily Record as the number one “Behind the Scenes Influencer” in York County political circles.

Jeff and his wife, Pam Gay, who serves as York County Coroner, have been married for more than 35 years and have two adult children, Daniel and Tiffany, and three grandchildren. (Tiffany is Miller & Gay’s Communication and Relationships Manager.) In his free time, Jeff enjoys watching college football and cooking for his family. Jeff and Pam are active members of Grace Baptist Church of York, the same church where they first met as teenagers.

For more than 30 years, Jeff has been a contributor to media stories regarding personal finance, the stock market, the economy as well providing commentary on national and local political and community affairs. Media outlets that have covered comments from Jeff Gay include:

1 Membership is based on prior fiscal year production. Re-qualification is required annually.

3 Notary services are not offered through Raymond James.