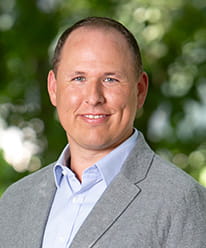 Brock brings his years of experience as a registered client associate at Wells Fargo Advisors to his current role of client advocate. He earned his B.S. in accounting from Arkansas State University and served in the Army National Guard from 2003 until 2009, including a deployment in Iraq in 2008 through Operation Iraqi Freedom.

A resident of Mountain Home, Brock lives with his wife, Amanda, and has three kids, Chandler, Shelby and Landon. He enjoys spending his days off outdoors with his family, target shooting, and traveling anywhere and everywhere.