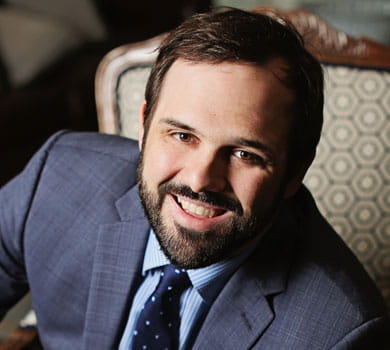 Christopher (Chris) works with clients in their financial planning process. In addition, he works alongside the advisors in the office generating client reports and ensuring the data is accurate and properly organized. He also lends a helping hand in account maintenance, processing paperwork, updating client information, and on marketing projects.

He has a background in computer technology and earned two of his bachelor’s degrees in History and in Bible Theology from Multnomah University. Chris joined the team in 2013 and holds the Series 7 license, general securities representative as well as insurances licenses for life, health, and variable annuities.

Chris grew up in Southern California and has been living near Portland, Oregon since 2006. He has been married to his wife, Shayla, since 2013 and together they have three wonderfully made daughters: Elise, Claire, and Josephine. Outside of work, he serves in his Church, enjoys playing games, and reading.