“You are your greatest asset. No one can take you away from you unless you let them.” That’s what Lazetta Rainey Braxton, CFP®, MBA, believes and she has acted accordingly throughout her life. 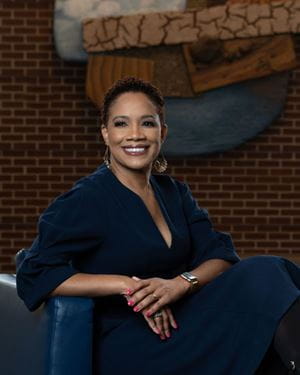 In high school, Lazetta Rainey Braxton directed her seemingly endless energy toward an array of ambitious endeavors. She was a basketball player, a cheerleader, in band and head of the Beta Club.

She also understood the value of money and contributed to the family’s coffers through two part-time jobs.

“My parents graduated from high school and had me,” she said. “As the oldest, I saw them struggle with their money.”

It was this struggle that cemented Braxton’s conviction to carve out a different path for herself – and for her family.

Since then, her career has been marked by personal achievements and collective triumphs. She has, of course, faced her share of challenges. But overcoming them has only made her more confident in her abilities, more determined to champion others like her and more hopeful for what’s to come.

The birth of a dream

After graduating from the University of Virginia with a bachelor’s degree in finance and international business, Braxton accepted a role as an internal auditor at Marriott.

“I loved it,” Braxton told Aspire. “I got to travel, stay at Marriott and Ritz Carlton hotels and really understand the mechanics of a business.”

But she yearned for a job in personal finance and eventually landed in wealth management after holding roles in corporate accounting and investment management. It was there that she learned the intricacies of serving ultra-high-net-worth clients, which led her to Melissa Hammel, a Certified Financial PlannerTM (CFP®) professional who eventually inspired Braxton’s next move: Financial Fountains.

“When I got my MBA [from Wake Forest University], I created a business plan for my firm, Financial Fountains.

“At the time, it was geared toward churches and endowment management … particularly because in the Black community, the church has been a central force in economics, education and business.”

Through a mentorship relationship with Hammel, Braxton decided Financial Fountains, which hadn’t yet come to fruition, should specialize in serving middle-income Americans. To ensure she properly invested in her plan, she quit her job and spent the next two months studying for the CFP® exam while balancing being a new mom.

She passed the notoriously arduous test – which typically requires four to six months of preparation – in November 2007. By July 2008, Financial Fountains had launched.

Braxton recognized the power of working remotely before the pandemic forced businesses everywhere to follow suit.

After relocating about every four years for her husband’s career, living in places like New York City, Chicago and Baltimore, she was well-acquainted with the challenges of starting from scratch.

“I saw my parents’ experience, I noticed the racial disparity, and I knew I wanted to help people achieve their wealth and retirement goals despite racial oppression.”

“That’s very difficult for a business owner, especially for a woman of color in the segment I wanted to serve,” Braxton said.

Finally, technology started catching up with her vision of a business that wasn’t limited to any one place. And by the time she joined forces with Rianka Dorsainvil, a CFP® and fellow woman advisor of color, to found 2050 Wealth Partners in 2020, Braxton and her business were fully remote.

Braxton’s drive to found Financial Fountains and eventually co-found 2050 Wealth Partners was partly rooted in her parents’ money struggles. She often calls it her “why.”

“I cannot separate the fact that racial oppression was very much a part of my hometown experience,” she told Wake Forest University in an April 2022 interview.

“I saw my parents’ experience, I noticed the racial disparity, and I knew I wanted to help people achieve their wealth and retirement goals despite racial oppression.”

Fittingly, the name of 2050 Wealth Partners was inspired by a 2008 report from the U.S. Census Bureau predicting that minorities will become the majority population in the U.S. by the year 2050 (although current projections suggest it’ll happen even sooner).

As a Black woman, diversity, equity, inclusion and belonging, or DEIB, have been intrinsically tied to Braxton’s professional experience.

She recalled an incident in the late 2000s when she was presenting a proposal to a prospective client who used the N-word in front of her colleagues. Despite the fact that she held a vice president title, Braxton’s firm did nothing to defend her. They added insult to injury by signing the client.

“They wanted to brush it aside,” she said. “They knew I was interested in the mass affluent, so they said, ‘We can start a new service that you can lead under our umbrella.’ Are you kidding me?”

The experience deepened Braxton’s conviction to open her own firm. Now, she hopes to spare others – marginalized advisors and clients alike – from similar ordeals.

“My advocacy is anchored in humanity, in people, in reminding institutions that they are a consortium of people,” Braxton said.

“Their values, the direction that they’re leading people and how they are managing human capital – those factors are really driving businesses and should be their center of focus.”

That’s the reason she launched her consulting firm, Lazetta & Associates, in 2020 – to help registered investment advisors (RIAs) nurture their greatest asset, their people.

Braxton believes bias can hold businesses back from pursuing DEIB initiatives even if it means forfeiting clients.

According to a McKinsey & Company study, firms with diverse executive teams are 33% more likely to experience industry-leading profitability. But lack of diversity persists in financial planning.

Braxton sees a similar bias in impact investing. Despite data proving otherwise, many investors assume their portfolios will take a hit if they focus on sustainable assets.

“We’ve seen the numbers time and again. Yet the argument against impact investing and investing in people has been the same for 20-plus years. Gaslighting happens because those who are in charge of the decision-making drive the narrative.

“If you have enough people driving the narrative, the narrative becomes reality, even if it’s not fact-based.”

While that narrative temporarily shifted following George Floyd’s murder, Braxton points to the trap of businesses “window dressing” instead of focusing on “invisible occurrences that impact people’s livelihoods and therefore their lives.”

“George Floyd represented a humanitarian crisis,” she said. “However, it was a momentary crisis for businesses. I can already see it’s in the back of their minds.”

Investors, on the other hand, haven’t been as quick to forget.

“We are seeing trends that Gen Z is being very mindful of the impact their money is having. So the question is: How do you, as a business, position yourself now and in the future to clients who are making thoughtful choices about who they want to partner with?”

Just as she encourages companies to invest in their most precious resource – their people – Braxton emboldens her clients, particularly first-generation wealth builders from underserved populations, to invest in their greatest asset: themselves.

“I’ll use me as an example. As a Black woman, if I’m only getting paid 62 cents on the dollar of a white man for the same work – even more work – how can I ever get ahead?

“What we do is ensure that our clients know their worth. We start with basic questions like, ‘What is your title? Where do you fall in the compensation spectrum for your role?’

“Even if we don’t have what the employer offers, we can research what the market considers fair for their salary, and we help them negotiate and feel confident about their compensation.”

Fueled by her desire to make a difference, Braxton has amassed a decorated list of accomplishments since those high school days when she worked two part-time jobs.

But when you ask Braxton her proudest achievement, she goes back to family, particularly her daughter, Karis.

“With DEIB, you’re under the notion that everyone has something to contribute at any age. With Karis, I’ve really tried to pay attention to her personality, her view on the world … and she has also helped me become a better version of myself.

“She sees me up close, and there’s been nothing greater than that.” 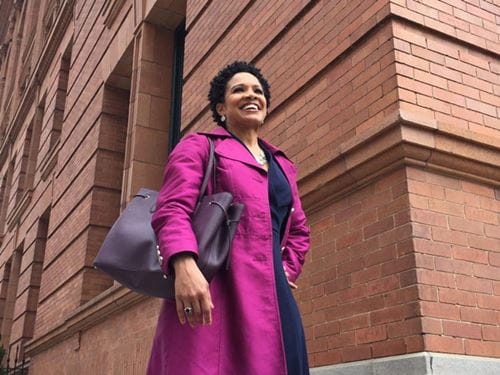 Should Karis or other young women come to Braxton for advice on being an entrepreneur, she would encourage them to develop meaningful relationships, whether that’s with sponsors, mentors or other women in the same position.

She would also stress the importance of being kind to yourself.

“How are you caring for yourself? How are you growing and being nice to yourself? Because that’s going to show up in everything you do.”

“Women have a tendency for perfectionism, and it doesn’t serve us well. We overcompensate in our work to our detriment as an attempt to be seen and appreciated by our colleagues. I believe a women’s gaze should be on herself: What do you think about yourself? How are you caring for yourself? How are you growing and being nice to yourself?

“Because that’s going to show up in everything you do.”