Three, nine and 20 years away: Returners share their journeys back into the workforce – and how their paths led them to Raymond James. 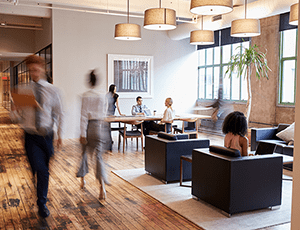 It wasn’t just a gap and certainly not a “break.” In their time away from the workforce, Sandra, Nina and Beth raised children, finished school, became caregivers, gained additional training, supported their families, and so much more.

And when they were ready to relaunch their careers, Raymond James was there to help them do so.

“It’s not that you can’t explain your gap,” said Sandra Petrino, a senior manager within Internal Audit. “It’s that you can’t get in the door. Some may jump to conclusions or assume you won’t have the knowledge after such time away.”

Sandra started in 2011 at Raymond James Bank, later relocating and taking some time away from the workforce to care for her children. When she looked for other opportunities, she found challenges getting back to full-time work. She shifted to contract work and later another full-time position – both well below her skillset – until she found a posting at Raymond James she was interested in and reached out to her former supervisor at Raymond James.

Nina Toth, executive assistant, also felt the challenges of returning to the workforce. After deciding to take time for a life transition, she found self-doubt creeping in as she began to relaunch her career after a three-year gap.

“You get worried about not having the ‘latest’ skills and being able to keep up with evolving technology.” But upon exploring an opportunity at Raymond James, Nina said of her recruiter: “She just understood. Never made me feel that I am not capable because of the gap. I felt accepted right away. I felt understood. As a recruiter, she really represented the culture at Raymond James.”

Beth Lockridge, senior advisor in Supervision Governance, was away from the workforce for about two decades. Formerly in the Air Force, Beth left to home-school her children while her husband continued to serve in the Air Force. When her children grew older, she decided to complete her degree.

When a professor recommended she apply for a position at Raymond James, she had a call with a recruiter. “During that first phone call, my recruiter told me he also went back to school later in life. That took so much pressure off me. I felt like I had an advocate who could truly empathize with my experience.”

Sandra, Nina and Beth are just three associates among many who have found their own paths to Raymond James after career breaks. Their diverse experiences – whether from their professional or personal lives – are something we value at Raymond James. And understanding that life rarely fits on a resume, we’re proud to launch a new offering this fall to help candidates like them return to the workforce.

Reinvest is a new program designed to attract, train and support candidates with at least five years of work experience who are reentering the workforce after two years or more away. Offering the support, network and resources needed to relaunch careers with Raymond James, this 12-week, paid internship-to-full-time program allows returners to join experienced teams and gain on-the-job training, mentorship and development.

Those who successfully complete the Reinvest program will be eligible for a full-time position on the team they worked with during their program.

View and apply for Reinvest opportunities here, or contact ReinvestRecruiting@raymondjames.com for more information.

For those returning to the workforce, Beth shares this advice: “Be confident in your abilities, but also be authentic. Know it’s OK to share your vulnerabilities. There are people rooting for you and want you to succeed.”