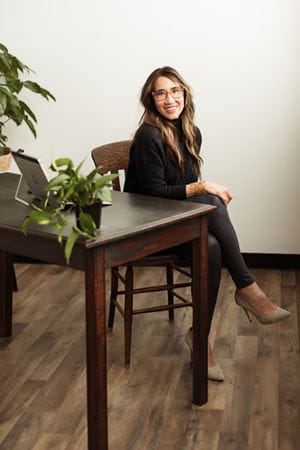 Karen Coyne’s path to a career in financial services was anything but direct. “I’ve always been one to just follow my interests, even if they seem disconnected,” she says. “When I look back, I see all of these separate pieces kind of come together.”

That paints the picture of who Coyne is. She recognizes that success has more than one look – because she’s living it.

This principle is central to her practice – her success is a bigger story than assets under management or production. “There are so many ways we make an impact in this work that can’t be measured or that are very difficult to measure,” she says, “Like how we reduce anxiety for a client by virtue of having these financial conversations, helping them become aware of potential issues or maybe just become more financially organized.”

The importance of having a voice of financial reason is something Coyne understands on a personal level. When she was just 15 years old, her father was killed in a car accident and she became a de facto financial advisor for her mom. “She didn’t have a team and we weren’t wealthy by any means, but my parents had done just enough planning to make sure we weren’t left destitute. I tried to help as best I could at the time.”

That experience stuck with her – and would one day inspire her business.

“Success has more than one look!”

As an undergrad, Coyne studied art history. She says she knew she was never going to be a museum curator or an art historian, but it interested her. So, she followed her passion. And it gave her the opportunity to live and study in Paris. After graduating, she began teaching English overseas and working on a master’s degree in education. Throughout her early career journey, she saved money and knew it was smart to invest. She connected with a financial advisor who made a big impression.

“It stood out to me, first of all, that she was a woman and that she had a background in education. She was not an accountant by trade. She didn’t have a business degree or an econ education,” Coyne says. “I realized she didn’t take a traditional path either, so maybe there’s something here. I kind of recruited myself actually, which I don’t think happens too often. I asked her to tell me more about her work – and that’s how it happened. I just feel like the stars aligned and the dots connected, and it definitely sparked something.”

Coyne knew firsthand how a career in financial services would help others, and she was empowered by meeting someone a lot like her who was already doing it. “I was interested. I thought, ‘She learned it; I can learn it. I can do this.’”

Coyne jokes that she’s not sure she really knew what she was getting into at the time, but she wouldn’t change it for the world. It’s all part of the masterpiece she’s still working on.

“One of the things I really enjoy is being that person clients can speak to who meets them where they are. I can help them feel comfortable in a landscape that is very uncomfortable for many – and reduce some of that anxiety one client at a time.”

She’s been thinking about reducing clients’ anxiety a lot recently. “I think we as advisors sometimes take for granted how clients feel when they schedule their first meeting and have to bare themselves and all of their finances to us.” Coyne understands that it can be an uncomfortable prospect even for the most successful clients. She’s made that insight one of the ways she differentiates herself.

She says she hears all the time that financial services is a commodity. Her response? “It’s so important to be distinctive and create a distinct brand. What separates you and makes you different from the 10 other advisors in your town? For me, lately, I’m really enjoying telling the story of the work we do as advisors, because I feel like it’s still very misunderstood. There’s still a whole universe that thinks we just buy and sell hot stocks,” she says. “So, I like to shine a light on how we’re actually impacting lives.”

It’s also an evolution. When Coyne came to Raymond James in 2007, her business looked very different than it does today. She worked with her ex-husband and his father, so there were other parties to negotiate with when it came to the practice’s brand.

Now, she has free reign. And she’s found her groove. 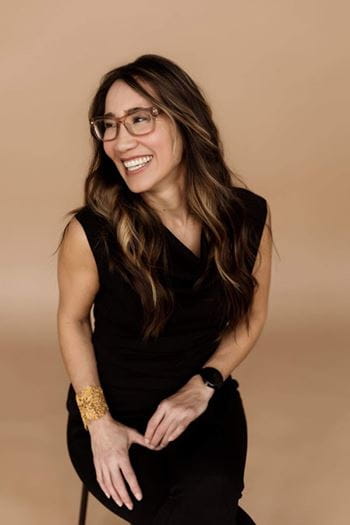 Coyne is supported by an all-women team, and although this wasn’t an intentional choice, she does feel that clients seek her out because of it. “Some women only want to work with a female obstetrician, or they only want a female massage therapist. They just feel more comfortable. In this profession, that happens a lot as well,” she says.

She highlights that safety and belonging are basic human needs – and so, they’re basic client needs. Clients need to feel that interpersonal security to open up and share sensitive financial and personal information. “Women are well-equipped to have these conversations. We need more women and more diversity in this business, and this is an incredible time to start a career in the field,” she says.

After a tough couple of years, many people want to reconnect with their purpose in life instead of working for a paycheck. Coyne says, “The ‘great resignation’ or the ‘great reset’ – whatever you want to call it – is happening at the same time as the ‘great wealth transfer.’ I’ve been hearing about this for the past 20 years, and it is now happening. It’s alongside a graying advisor population seeking to grow their teams and build succession plans. So now is the time!”

Coyne feels strongly that attracting more women to the field means a paradigm shift. “We can’t do business the way we’ve always done it – focusing on targets and higher production – and expect a different result,” she says. “If I hadn’t moved to Raymond James, I probably would have left the field. I know this is true for many of the women advisors here.”

Listening to and elevating women’s voices is something that’s become very important to her – and something that’s helped her find her own. Coyne was honored to be asked to join the Raymond James Women’s Advisory Council and the Sustainable Investing Advisory Council, but at first, she wondered why. “I’m sure there are other advisors who know a lot more, do a lot more, but then it’s like, ‘Karen, you’re the one who says all the time that success has more than one look!’”

One success she recently celebrated was her Raymond James anniversary, and it’s had her reflecting on her career journey thus far (and planning for the future). She says that if she could’ve changed one thing about her path – one thing for women everywhere – it would be perfectionism. “We are holding ourselves back when we try to be perfect. You can’t move forward if you’re afraid of making a mistake.”

“This idea of failing forward – it’s even a hashtag – didn’t exist in the ‘80s. When I was growing up, we were all about looking bigger and more forceful than we were with shoulder pads and hair out to here. Failing forward was not an option. I think it’s such a beautiful thing that it’s so widely embraced now – and that the thinking around failure has changed.” Her own willingness to test new waters without fear of failing has led her to two new roles alongside her advisory business: podcast host (Money Without Math) and upcoming author (she’s in the midst of writing her first book).

She offers this advice to fellow women advisors who’ve inspired her and who she hopes to inspire in return: “Put yourself out there. As you do more of it, you’ll get more comfortable with it and learn what resonates with you and your audience. You don’t have to be everything to everyone, but you need to be true to yourself.”

Karen Coyne will be doing the same right alongside you – wherever it might take her.